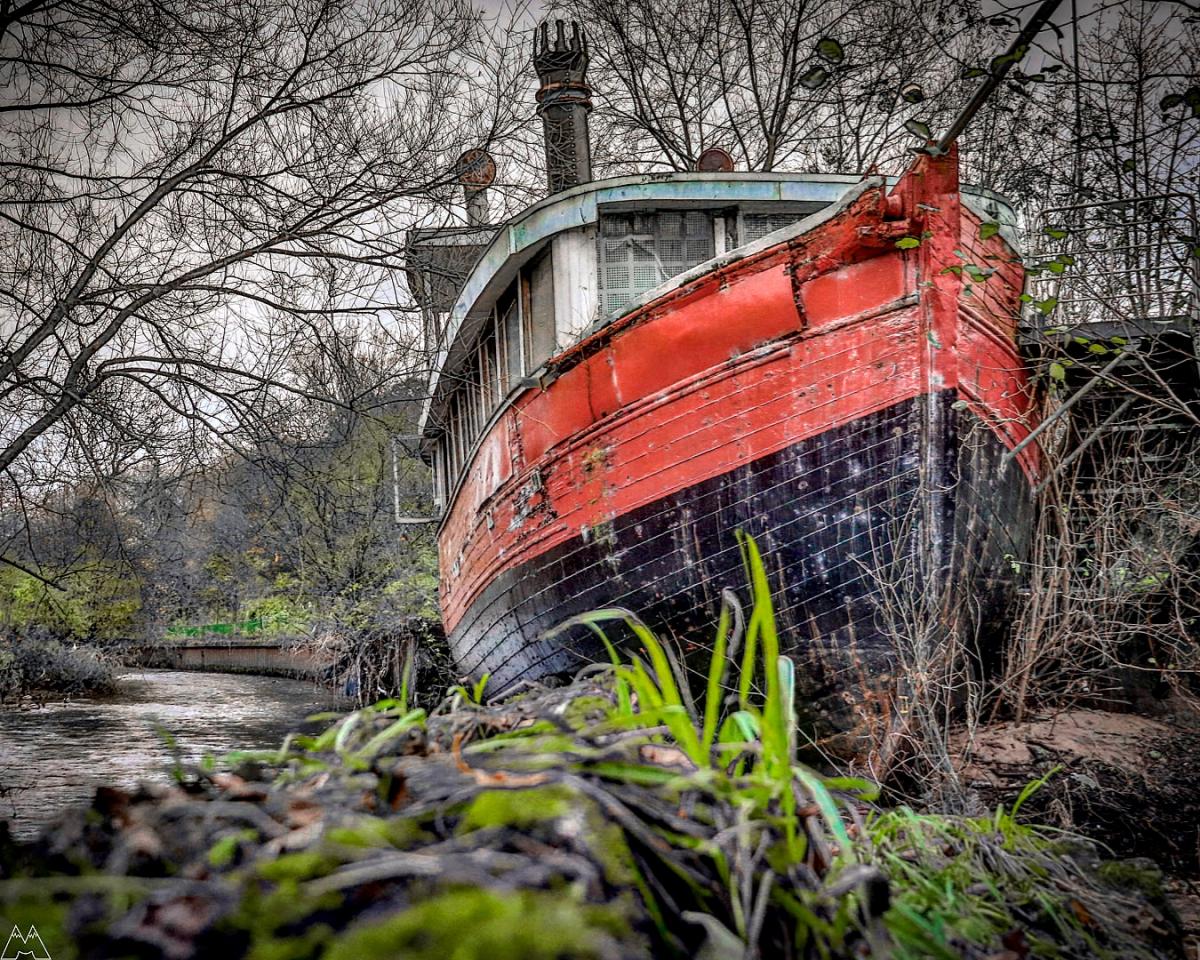 The "pearl of the river" steamboat has lay abandoned on the banks of the river dane now for over 10 years.

History: The boat was a former trawler which had previously been involved in the Icelandic cod wars and was then known as the Limanda. The trawler had been built in Denmark in 1974 and had fished the North sea having been based at Grimsby, it also made the Grimsby Evening news when it became known that it would be coming ashore as a Restaurant on the river Dane.


Current day: The restaurant with its expensive menu failed to pull in the richer class of diners from Alderley Edge and Wilmslow even when the cut price two for one meals were promoted. By 1999 and after being opened for only 18 months the dream had come to an end, the steamboat was to be auctioned at terminal two at Manchester airport with a guide price of £190,000, however the steamboat went into receivership in 2000 and in 2001 it was sold at auction for £40,500 to a Mr Ray Morris of Moss road in Congleton and in 2004 he was served with an “untidy site notice” as the boat had now become an "eyesore"

The boat is great for photography and urban explorers. Cant wait to see it in a brighter setting.

Send a message to derelictdiaries