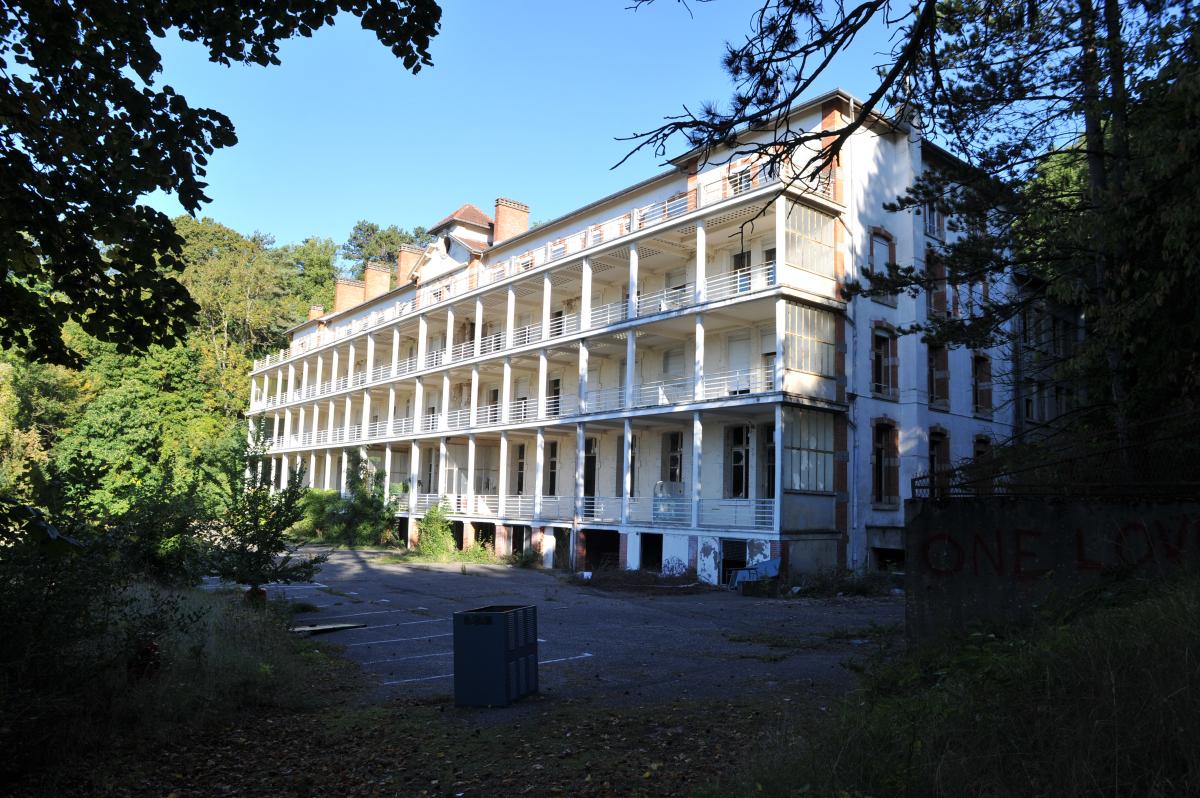 the sanatorium was build in the early 1900's , enlarged after being damaged in WW1
named after Dr Paul Spillman after his death in 1924
it was abandoned in 2006 when a modern hospital opened nearby
when I visited the place there were already lots of traces of vandalism ,
but also some great graffity
it was almost completely empty , but still in good condition